My current book bae is Demitrius of Elisabeth Naughton ‘s Eternal Guardian Series. If you haven’t heard of the series you can get your copy here. Without any spoilers, I’ll tell you that Demitrious is tormented, smolderingly sexy, and completely impossible. Not my real life type ( except for the smolderingly sexy part. 😉 ), but definitely book bae material.

After repeatedly swooning of the striking Argonaut, it got me thinking about popular hero tropes. With hero’s (and heroines too for that matter) coming in so many forms,  would I ever have a true favorite? The answer is no. After trying to nail one down I decided I didn’t have to choose. I could love them all in their intricate forms. However, I did narrow down my favorite hero types. These boys/ men have never failed to get my heart thumping mad in my chest, and my cheeks in a heated blush. I’m sharing my favorite types here.

You know the type. He was pulled from our heroine’s life by some tragic event or menial fight and suddenly resurfaces. The moment he does, our heroine is stumbling over herself to determine if they should attempt Happily Ever After again. Bless.  He is always determined to prove they should be together. He’s had time to consider life without our heroine and found  no one else whets his palate quite like her. The satisfaction of watching them work through their issues and find a steady rhythm into love is swoon worthy romance. If only they could all end that way.

He’s the one called in when no one else can do the job. It starts off completely professional, then turns lust filled and finally he’s head over heels for the very woman he’s supposed to  protect. He is all business, but she melts his heart with her vulnerability and even when she would rather not, her need for him. The moment she decides she trusts him with her  life is his shinning moment. It is so damsel in distress, but when done well it empowers them both. He does his job, and our heroine realizes that her vulnerability is not the same as being weak. they live happily ever after.  His strength, strengthens our heroine. She is even more of her self because he refuses to let anything hurt her. It is a beautiful  thing to have someone who take the blows for you. I love him.

They were never supposed to be anything, but there was something about this one night stand, passing fling or whatever he was that turns everything on its head.  Suddenly, the bad boy she never should have been with is all our heroine can think of. When she finally allows herself to see him as potentially more, their lives open up. His resistance to the idea is the first to openly crumble. She’s unforgettable in the best ways and he doesn’t want to walk away. Maybe it isn’t forever (except it always is), but he doesn’t want things to end like they are.  I love how he walks the line and plays his roles until our heroine is ready for him to be more. Then, it is full steam ahead as he pursues her. She just can’t resist.

He has a torrid past and he doesn’t want to talk about it. Women are a nuisance for him as  he resets his life. He doesn’t want to fall in love, let alone fall in love with her. But, he does. At which time he does everything he can to turn his back on what he knows is growing in him . He is protecting her from himself, but she doesn’t want to be protected from him. She wants his good, bad, and his ugly. He can’t fathom that she will actually be able to handle all that he is. Suddenly, there is nothing to hold back. She knows the truth. He is shocked by our heroines ability to stomach what he has hated most about himself. Now, he wants nothing more than to keep her close and he will do whatever she needs to prove it.  I like a flawed character who learns to forgive themselves for the sake of love, and the tormented redeemer is definitely that.

He is a professional. Loves his comfortable life and has his pick of women when he wants someone to bed. He isn’t looking for love. He isn’t interested in long-term. It is casual and sexy relationships or none at all. Until her. First, she is someone to be conquered. He wants to prove to himself that he can have her like all the others, but she has heard about him. Our heroine refuses to be another notch in his belt even if he does occupy all of her thoughts. The longer it takes to gain her attention, and trust, the more hopelessly in love he falls. She isn’t like the others, and her differentness is everything he needs. His instincts say resist. Get in and get out, but he can’t. After their first night together, his mind is blown and no one else would do.

Then, the life he’s enjoyed is lackluster. His taste has changed and only she can supply what he needs. In order for her to take him seriously, he has to change his bachelor ways and there is no better reason than her eternal love.

Swoon. I love them. I love them all. It watching them transform into the men their lovers need is so heavenly. Maybe it is the power of love and how it reveals us to ourselves. Whatever it is, these five hero types always get me going. Their transformations serve as proof that everyone can become their best selves with the right motivations.

Maybe it’s just the hopeless romantic in me that wants this to be true. I wouldn’t know, I’ve been married to my forever bae for nearly eleven years now. But I have hope for you beauties out there still looking. What’s your favorite hero type? Have you met him yet? Let me know in the comments. 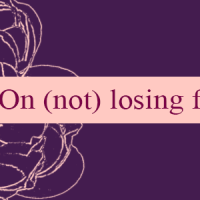 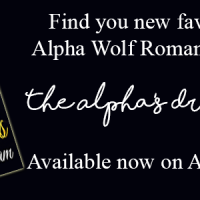